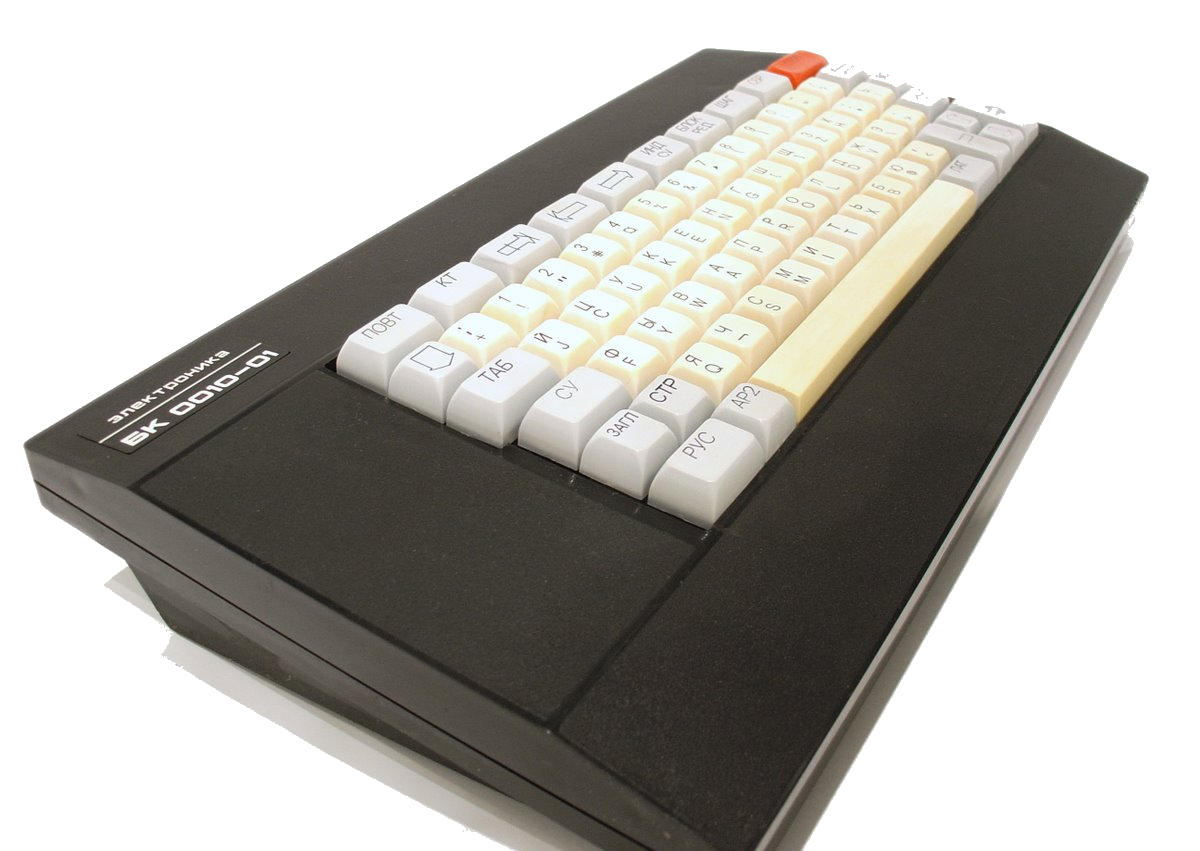 The Electronika BK is a series of 16-bit PDP-11-compatible fanless home computers developed under the Electronika brand by NPO Scientific Center, then the leading microcomputer design team in the Soviet Union. It was also the predecessor of the more powerful UKNC and DVK micros.

First released in 1984 (developed in 1983), they are based on the К1801ВМ1 (Soviet LSI-11-compatible CPU) and were the only official (government approved and accounted for in economic planning) Soviet home computer design in mass production.

They sold for about 600–650 Soviet rubles. This was costly, but marginally affordable as the average Soviet monthly wage then was about 150 rubles. So they became one of the most popular home computer models in the Soviet Union, despite having many problems. Later, in the 1990s, their powerful central processing unit (CPU) and straightforward, easy-to-program design made them popular as demoscene machines. BK (БК) is a Russian abbreviation for "бытовой компьютер" – domestic (or home) computer. The machines were also used for a short time as cash registers, for example, in the GUM department store. (From Wikipedia)