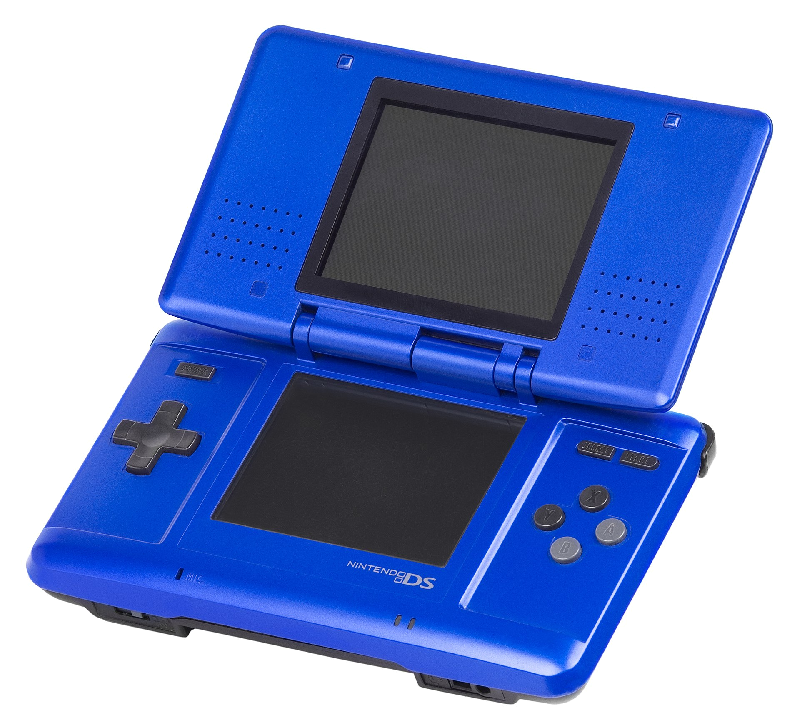 The Nintendo DS[a] is a handheld game console produced by Nintendo, released globally across 2004 and 2005. The DS, an initialism for "Developers' System" or "Dual Screen",[5] introduced distinctive new features to handheld games: two LCD screens working in tandem (the bottom one being a touchscreen), a built-in microphone and support for wireless connectivity.[6] Both screens are encompassed within a clamshell design similar to the Game Boy Advance SP. The Nintendo DS also features the ability for multiple DS consoles to directly interact with each other over Wi-Fi within a short range without the need to connect to an existing wireless network. Alternatively, they could interact online using the now-defunct Nintendo Wi-Fi Connection service. Its main competitor was Sony's PlayStation Portable during the seventh generation of video game consoles. (From Wikipedia)