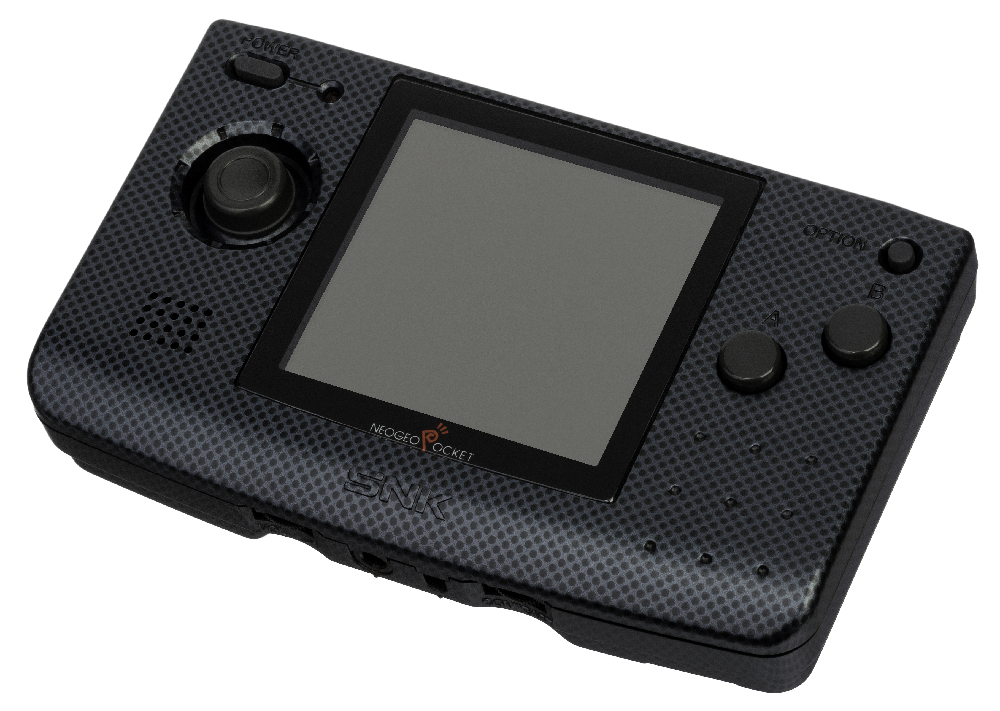 The Neo Geo Pocket is a monochrome handheld game console released by SNK. It was the company's first handheld system and is part of the Neo Geo family. It debuted in Japan in late 1998 but never saw an American release, being exclusive to Japan, Asia and Europe.

The Neo Geo Pocket received lower than expected sales and it was discontinued in 1999,[1] immediately being succeeded by the Neo Geo Pocket Color, a full color device allowing the system to compete more easily with the dominant Game Boy Color handheld, and which also saw an American release. Though the system enjoyed only a short life, there were some significant games released on the system such as Samurai Shodown, and King of Fighters R-1. (From Wikipedia)