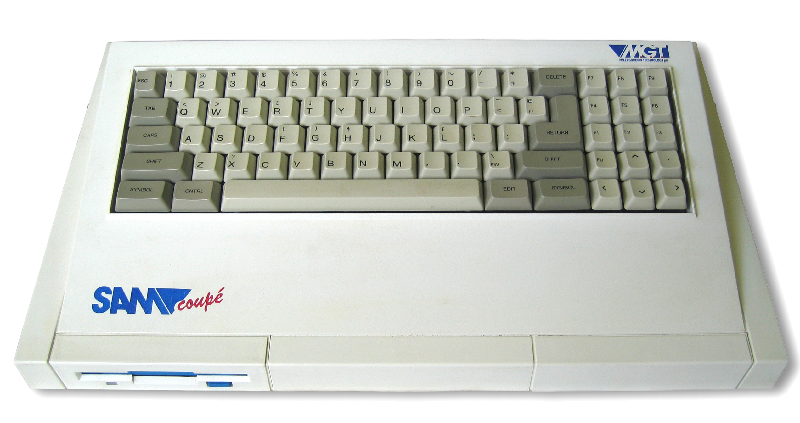 The SAM Coupé (pronounced /sæm ku:peɪ/ from its original British English branding) is an 8-bit British home computer that was first released in late 1989. It was based on and designed to have compatibility with the Sinclair ZX Spectrum 48K and marketed as a logical upgrade from the Spectrum. It was originally manufactured by Miles Gordon Technology (MGT), based in Swansea in the United Kingdom.

Its release at a time when 16-bit home computers were more prevalent, and a lack of commercial software titles, led to it being a commercial failure (From Wikipedia)