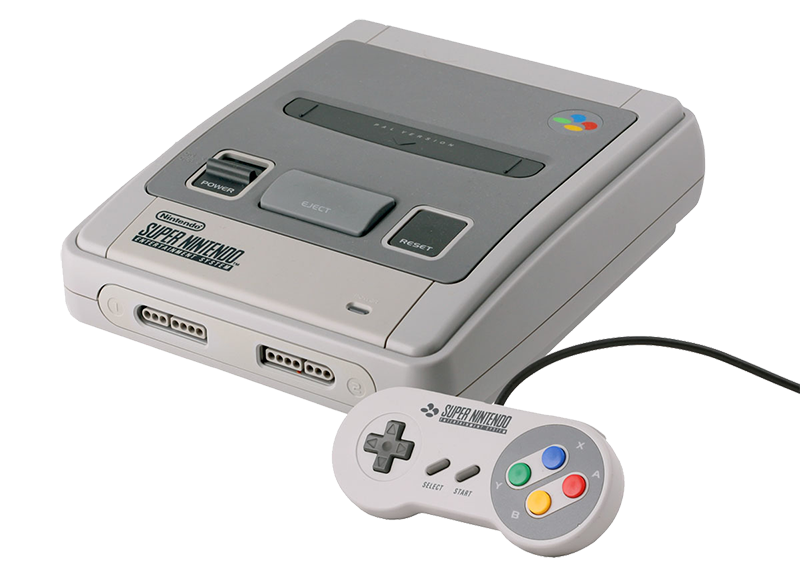 The Super Nintendo Entertainment System (SNES), commonly shortened to Super NES or Super Nintendo, is a 16-bit home video game console developed by Nintendo that was released in 1990 in Japan and South Korea,[19] 1991 in North America, 1992 in Europe and Oceania, and 1993 in South America. In Japan, it is called the Super Famicom (SFC).[d] In South Korea, it is called the Super Comboy and was distributed by Hyundai Electronics. The system was released in Brazil on August 30, 1993 by Playtronic. Although each version is essentially the same, several forms of regional lockout prevent cartridges for one version from being used in other versions.

The Super NES is Nintendo's second programmable home console, following the Nintendo Entertainment System (NES). The console introduced advanced graphics and sound capabilities compared with other systems at the time. It was designed to accommodate the ongoing development of a variety of enhancement chips integrated into game cartridges to be competitive into the next generation. (From Wikipedia)